Availability:
Usually Ships in 24- 48 Hours
Source:
Made in Michigan

Made in USA - Michigan

Chances are that you played with those little green army men as kid. Everyone seemed to have a bag filled to the brim of the little guys. But 80 years later, the toys haven't really kept up with the times.

While some women served as soldiers and pilots during the Second World War, most were confined to medical and support roles. It's far more commonplace for women to serve in combat roles on the frontlines now, but if you go and pick up a bag of toy soldiers from your local toy store, all the figures are still men.

That just changed thanks to a 6-year-old girl from Arkansas.

“My name is Vivian. I am six years old. Why do you not make girl army men. Some girls don’t like pink, so please can you make army girls that look like women?" 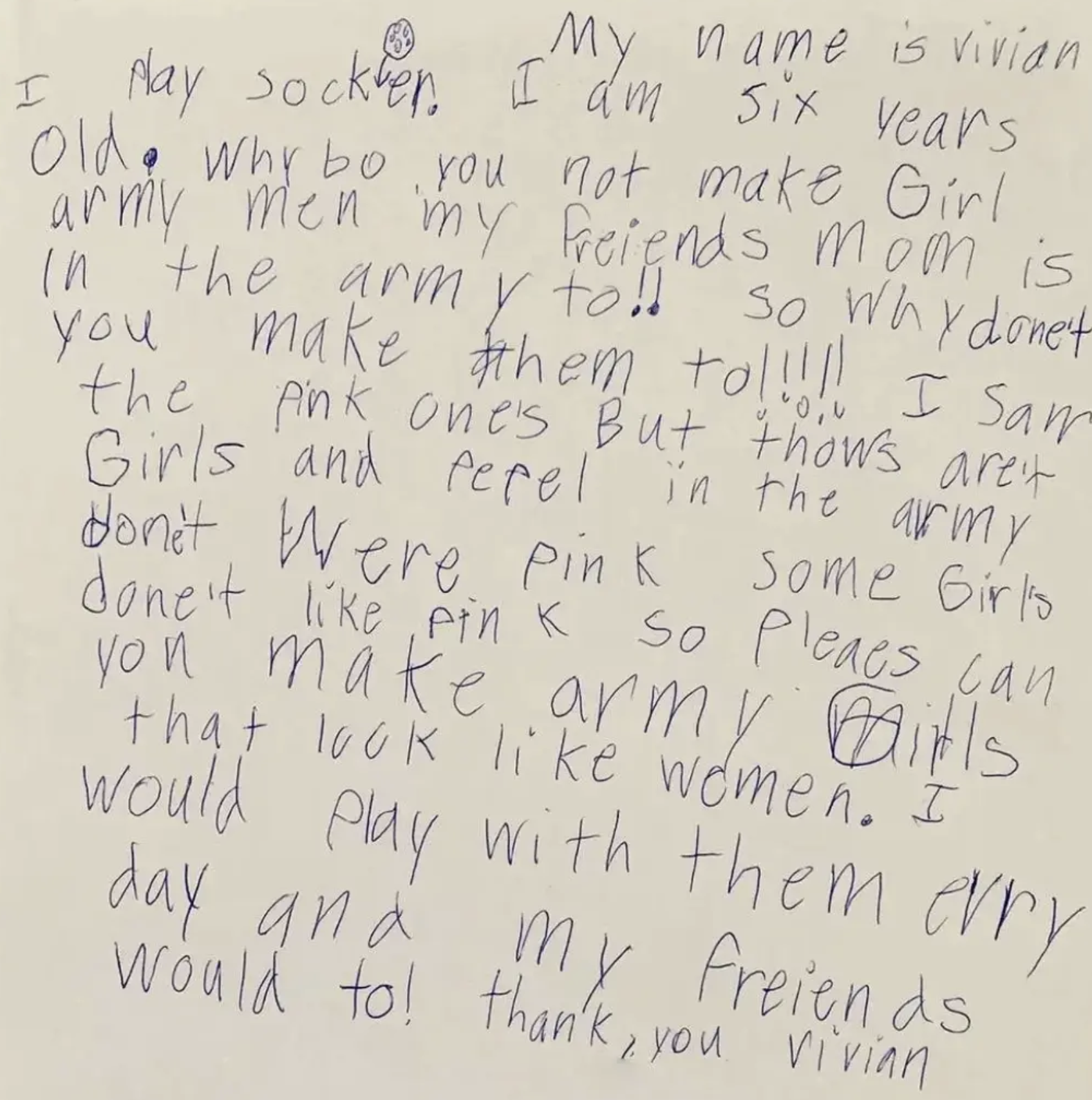 The set includes 36 pieces in 22 different poses along with a working dog and stretcher accessories.

This is a set of real American Made Women heroes, meant to be set up, knocked down, picked up and played with for years to come.

Packed in plastic bag with header card and recommended for ages 5 to 105!

Add a pack of Rosie the Riveter Figures to your set. 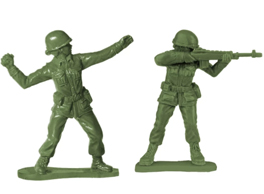